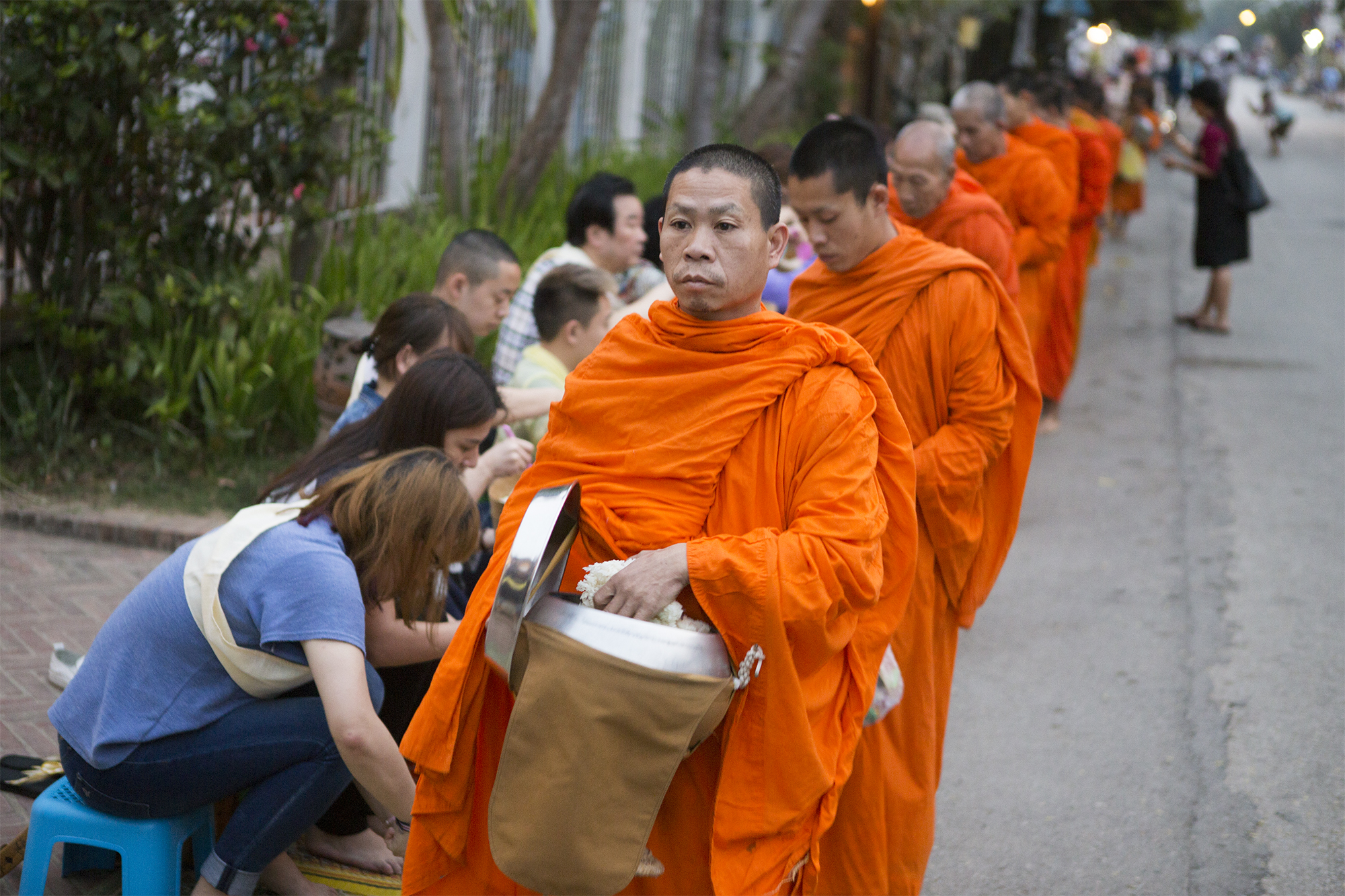 We see the holy men all over. They walk the streets, they hitch free rides on tuk-tuks and motorbikes and they inhabit the temples we visit. They stand out in their robes, in colors that vary from bright orange to pale yellow.

One of the first dos and don’ts we learned on arrival in South East Asia was that you do not touch a Buddhist monk, and most important, you do not touch his head! We were never very likely to, we do not go around patting strangers on the head at home either, but the rule also tells us to keep some polite distance.

Therefore, when we see them and take pictures, we try to be discrete. We do not really know what they think of being tourist attractions. Some ignore us, which we find natural, but to our surprise some actually approach us more than willing to pose. Some look right through us, others smile and wave hello.

Monks live a life on the outside of society. They are only allowed to eat what they are given, like Bhudda himself who abandoned pleasure and status and only lived from alms. They are supposed to live a simple and meditative life not owning more that their food bowl and their robe. If you are in the right place in early mornings you can see them walking the streets collecting rice, fruit and bags of crackers from believers who line up along the pavements. But also the tourists line up, and in the Lao hotspot of Luang Prabang this morning procession is an event that gathers hundreds of camera swinging spectators. Nobody minds though. The monks get their food ignoring the bystanders, and the locals make an extra income by selling the tourists little food packages that we can give the holy men. Who said that the Christians are the only ones that can turn religion into money? 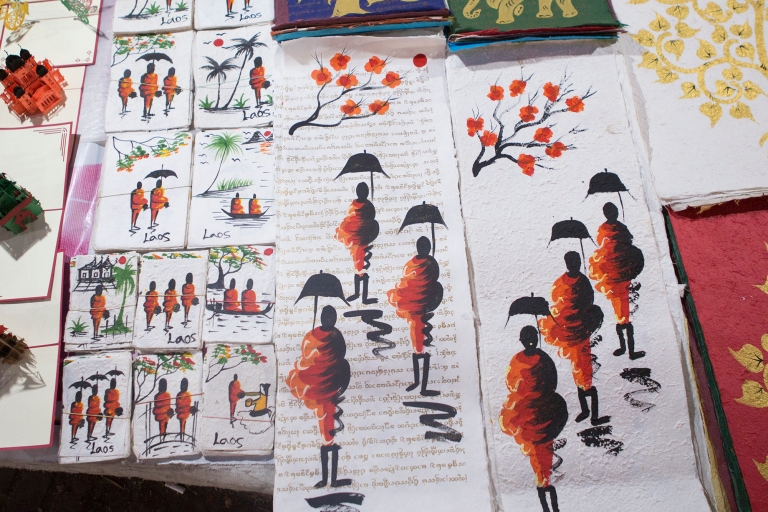 On local transport, the monks do not pay. If you drive a motorcycle-taxi- or a tuk-tuk you are expected to pick them up for free. This is even the case at airports, we realized. We found a sign at the check-in counters several places in Laos and Cambodia saying that priority check-in is given to monks ahead of both disabled people and families with children! 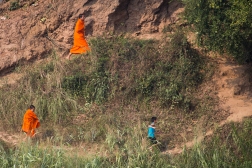 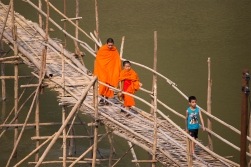 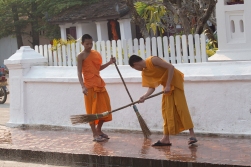 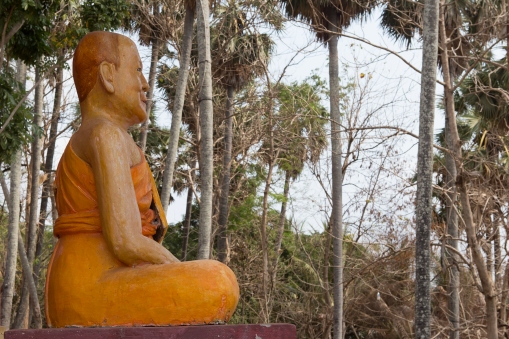 A statue of a monk overlooking the Mekong. Hanchey, Cambodia. 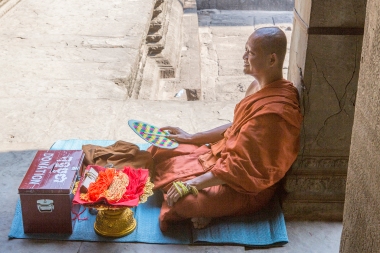 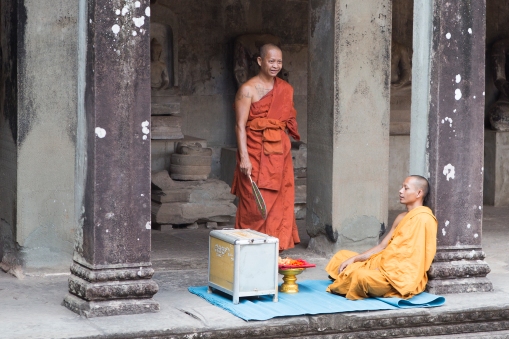 If a monk wants a ride you are supposed to pick him up and let him travel for free. Phnom Penh, Cambodia.

At airports you let the monk come to the front of the line, and at the gate he gets priority boarding. Phnom Penh, Cambodia.